Congestion in North Europe’s major ports will reach “critical” levels over the next four weeks as container terminals work through the backlog of ships delayed by the six-day Suez Canal closure, shipping lines have warned.

With almost 20 weekly container shipping services on the Asia-Europe trade, recovering the lost schedules and limiting delays will be a mammoth task for carriers, particularly as they are expecting that most services will miss one to two sailings, which will impact available capacity in the second quarter.

While the lines would prefer not to lose voyages, it is likely that they may omit some port calls to keep up weekly capacity. We expect them to speed up, reroute ships or change port rotations to avoid congested ports, particularly if they need to look at alternatives to Rotterdam or the UK ports.

The situation in North Europe is critical, mainly at the large ports such as Rotterdam, Southampton, and Felixstowe, while there are manageable delays in and Scandinavia and some congestion in the Mediterranean.

By the time the Ever Green was freed and the Suez Canal reopened there were, almost 400 ships at anchor waiting to pass and more than two dozen had already diverted to sail around the southern tip of Africa.

The ships owners have declared General Average, presumably in an attempt to recover salvage costs, but we understand that insurers are considering a challenge, possibly via an insurance consortium. And whilst the ship is being held in Egypt, they are in no rush to sign off on release paperwork, which means more uncertainty and further delays for shippers with cargo aboard. 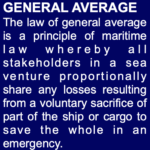 Lines have started taking online bookings, but others have stopped and we expect that any booking acceptance will be determined by port and equipment availability.

Asian ports will feel the effects of the Suez disruption far more acutely, with the schedules affected later in the second quarter, which will make it even harder for carriers to get their schedules under control through May, June and even July.

To mitigate port delays, instead of completing a port rotation in Asia or Europe, carriers may consider offloading cargo at major hub ports and turning around early, leaving ships arriving a week later to collect the cargo and carry to its destination port.

Shippers can expect delays for export cargo both in Europe and Asia, with export cargo in the Mediterranean facing delays of “a week or two, while ports at the Asia end of the trade will start to feel the impact of ship delays from mid-May.